by Angela Johnson March 24, 2017
Some forty prehistoric engravings, more than 14,000 years old, have been discovered in Finistere, at the town of Plougastel-Daoulas, in Brittany (northwestern France). 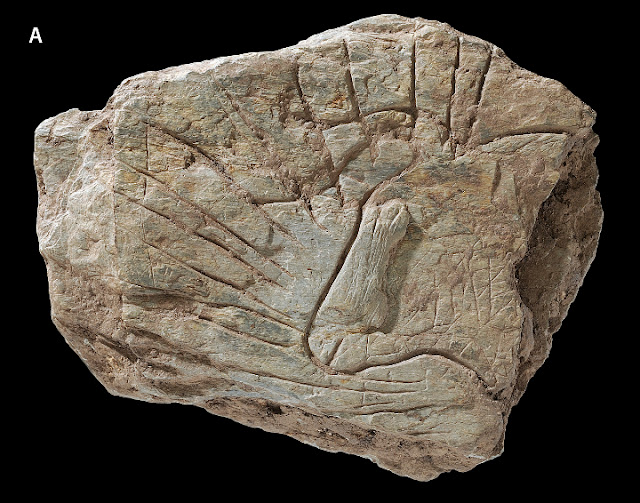 Depicting several animals, these artistic vestiges date back to the Upper Palaeolithic period and are extremely rare in Europe.

The discovery, whose secret has been well kept, has only just been unveiled but is in fact not a recent one.

Scientific journalist Nicolas Guillas, recounted in an article in the Breton magazine ArMen, that a hurricane lashed the summit of the 'Empress's Rock' (named after the wife of Napoleon III), revealing archaeological remains by uprooting a pine tree.

Excavations were then undertaken, leading to the discovery of a rock-shelter at the foot of the cliff.

Twenty-six years later, in the summer of 2013, a team of archaeologists led by Nicolas Naudinot, Professor at Côte d'Azur University, unearthed worked flints, knives and tools.

Professor Naudinot also found 45 fragments of shale 'plaques', 15 to 30 cm long, engraved with images of horses and aurochs, one of which is crowned with rays.

"We were amazed by the beauty of these engravings, by the mastery of the momentary gesture. They are very stylized animals: one discerns the hoofs, the mane, a young foal. . . This is very expressive", says the archaeologist today.

"We deduced that the shelter served as a hunting preparation camp for groups of between two and ten people. The sea was then 50km away," he added.

The existence of the exceptional site is not widely known however.

The site (owned the regional departmental council, which co-finances it with the Regional Department of Archaeology) has suffered repeated assaults by looters, and archaeologists have been waiting for it to be adquately protected and supervised.

And for good reason. "These are the oldest works of art ever known in Brittany," Nicolas Naudinot stresses.

"On a French or even European scale, these engravings are very important because they are part of a period of 'artistic transition' little known to researchers: between the Magdalenian - where man expresses a figurative art - and the Azilian - where art becomes much more schematic and geometric."

"The figure of the' radiant auroch 'is unique," he continues. "It's the first time in European prehistory that we discover an animal accompanied by this type of schematic figure (the aureole). This induces a very strong symbolism."

This important discovery is published in the American scientific journal PlLOS ONE.

Excavations at Plougastel-Daoulas will resume this summer.